BlueReg has the skills and expertise to support you in the preparation and submission of your clinical trial applications to both the Competent Authorities in the EU and other worldwide markets such as the United States of America.

The clinical development process can be complex and can cost your organisation significant time and money. BlueReg offers a variety of services that bring together our global clinical and regulatory expertise to simplify your journey to market.

BlueReg can cover all phases of clinical development from early phase services (Phase I to IIa), to later phase (Phase IIb, III and IV), whatever the size and scope of the study for drugs, devices and drug/device combination products.

What is the definition of a clinical trial
and how is it regulated in the EU and US?

Regulation in the EU

Clinical trials performed in the European Union must be conducted in accordance with the Clinical Trials Directive, the European Directive 2001/20/EC of the European Parliament and of the Council of 4th April 2001. Upon implementation of the directive, the national application and approval processes were harmonised across the Member States. In addition, the clinical trials must be conducted in accordance with Good Clinical Practices (GCPs) and Good Manufacturing Practices (GMPs) must be applied to the manufacture of the Investigational Medicinal Products (IMPs).

The way in which clinical trials are conducted in the European Union will undergo a major change when the Clinical Trial Regulation EU No. 536/2014, which was adopted by the European Parliament on the 16th April 2014 comes into force. It will replace the existing Clinical Trial Directive and national legislation that was put in place to implement the directive.

The regulation simplifies the process for CTAs by the introduction of a common procedure applicable to all Member States (MSs) with a defined assessment timeline of 60 days. The procedure consists of three phases: validation, dossier evaluation (Part I and Part II) and final decision. The submission will be performed electronically via an EU portal accessible to all National Competent Authorities (NCAs) and Ethics Committees (ECs). The CTA procedure will be coordinated by a reporting Member State (rMS) that is designated before the start of the procedure. The sponsor will decide on the concerned Member State (cMS) to be included in the CTA and should propose a MS to act as rMS for the procedure. If several MSs are willing to act as rMS, agreement should be reached between the MSs to designate the rMS. If no MS is willing to act as rMS, the rMS proposed by the sponsor becomes the rMS of the procedure.

To prepare for the new regulation, Member States have adopted different strategies for implementation. Countries including Austria, Belgium, France, Germany and Sweden have initiated pilot phases while other countries such as Spain and Belgium have already translated into national regulations the principles laid down in the regulation.

Regulation in the US

In the US, the role of the Food and Drug Administration (FDA) in the development of a new drug begins when the drug’s sponsor wants to test its diagnostic or therapeutic potential in humans. At that point, the molecule changes in legal status under the Federal Food, Drug, and Cosmetic Act and becomes a new drug subject to specific requirements of the drug regulatory system. Current Federal law requires that a drug be the subject of an approved marketing application before it is transported or distributed across state lines.

Title 21 of the Code of Federal Regulations (CFR) contains the majority of the regulations pertaining to food and drugs. The regulations document all actions of drug sponsors that are required under Federal law. Refer to 21CFR Part 312 for the regulations covering the Investigational New Drug Application.

Paediatric trials in the EU

All applications for marketing authorisations for new medicines must include the results of studies as described in an agreed Paediatric Investigation Plan (PIP), unless the medicine is exempt because of a deferral or waiver. A PIP is also required when a marketing authorization holder wants to add a new indication, pharmaceutical form or route of administration for a medicine that is already authorized and covered by intellectual property rights.

A PIP is a development plan aimed at ensuring the necessary data is obtained through studies in children to support the authorization of the medicine for children. Pharmaceutical companies should submit proposals for a PIP to the European Medicines Agency’s Paediatric Committee (PDCO).

There is no provision in the regulation to prevent a sponsor starting a paediatric trial without a PIP approved in EU. However, in practice a sponsor needs to conduct a study in line with PDCO opinion.

Paediatric trials in the US

The Pediatric Research Equity Act (PREA) applies to marketing applications involving a new active ingredient, indication, dosage form, dosing regimen or route of administration for drugs or biologics. Drugs with an orphan drug designation for a rare disease or condition are exempt.Unless deferred or waived, the law requires paediatric studies in order to:

1. “assess the safety and effectiveness of the drug product for the claimed indications in all relevant paediatric subpopulations”.

2. “to support dosing and administration for each paediatric subpopulation for which the drug is safe and effective” (21 CFR 314.55).

Approval of clinical trials in the EU

For clinical trial approval, a Clinical Trial Application (CTA) must be submitted to regulatory bodies called Competent Authorities. A Research Ethics Committee (REC) also reviews the protocol and provides a positive or negative opinion. This is to ascertain that the proposed research respects the dignity, rights, safety and well-being of the participants. Pre-submission meetings are possible for companies who wish to obtain agency advice prior to submission. Companies must wait for approval by both the Competent Authority and the REC prior to initiating any clinical trials. Further information can be found in the guidance document released in 2010 by the European Commission detailing the request to the competent authorities for CTAs.

In terms of dossier content, the EudraCT form, the protocol, the investigator brochure (IB) and the Investigational Medicinal Product Dossier (IMPD) are the main components of the CTA.

EudraCT is a database of all clinical trials which commenced in the community from 1st May 2004, and also includes clinical trials linked to European paediatric drug development. Before any functionality of EudraCT* can be used for a given clinical trial, a EudraCT number must be created to provide a unique reference for that trial. Once this number is obtained, the sponsor can complete the EudraCT application form (creation of XML/PDF files of clinical trial applications). The protocol is defined as per the international guideline ICH E6 as a document that describes the objective(s), design, methodology, statistical considerations and organization of a trial. The protocol also usually gives the background and rationale for the trial, but this could be provided in other protocol referenced documents.

The Investigational Medicinal Product Dossier (IMPD) is a document divided into four sections. It provides information on (1) the quality, manufacture and control of the IMP, (2) the non-clinical studies conducted with the IMP, (3) the clinical use of the IMP and (4) the overall risk / benefit assessment of the IMP in the proposed trial.

BlueReg has extensive experience of preparing and submitting CTAs in accordance with the current directive and additionally through the new pilot schemes in support of the upcoming Clinical Trial Regulation. BlueReg has the expertise to support agency pre-submission meetings, the preparation, review and submission of your application to the Competent Authorities, as well as address and minimize the risks of any validation queries or grounds for non-acceptance that may arise from the review of your application. Following submission, BlueReg will be pleased to support with amendments, agency responses, end of trial notifications or submit your results in the EudraCT database as per European policy 0070. BlueReg has the capability to provide full project management support for single and multi-market CTA submissions.

*Transparency: sponsors need to post clinical trial results in the European Clinical Trials Database (EudraCT). For any interventional clinical trials that ended on or after the 21st July 2014, sponsors must post results within six or twelve months following the end of the trial, depending on the type of trial concerned.

Approval of clinical trials in the US

– Preclinical data to permit an assessment as to whether the product is reasonably safe for initial testing in humans. Also included are details of any previous experience with the drug in humans (often foreign use).

– Manufacturing Information – Information pertaining to the composition, manufacturer, stability, and controls used for manufacturing the drug substance and the drug product. This information is assessed to ensure that the company can adequately produce and supply consistent batches of the drug.

– Clinical Protocols and Investigator Information – Detailed protocols for proposed clinical studies to assess whether the initial-phase trials will expose subjects to unnecessary risks.

Once the IND application is submitted, the sponsor must wait 30 calendar days before initiating any clinical trials. During this time, the FDA has an opportunity to review the IND for safety to assure that research subjects will not be subjected to unreasonable risk.

21 CFR 312.82 allows meetings with FDA reviewing officials at the pre-IND stage and again at the End-of-Phase l (EoP1), at the sponsor’s request. The purpose of the pre-IND meeting is to review and agree on animal study designs needed to initiate human testing, to discuss Phase 1 trial scope (or further development trials) and design and confirm the IND content and format.

The purpose of the EoP1 meeting is to finalize the design of controlled Phase 2 trials and to ensure the data will be sufficient to support marketing approval.

BlueReg has extensive experience of preparing and submitting IND applications. BlueReg has the expertise to support the preparation, review and submission of your IND application to the US FDA, as well as providing support to prepare and conduct pre-IND and EoP1 meetings.

Currently developing a new medicinal product ? BlueReg can provide an end-to-end project plan to guide you from the development of your medicinal product right through to authorization and beyond.  We can provide advice and recommendations to ensure the shortest time to market by minimising any possible barriers during the development process and beyond. 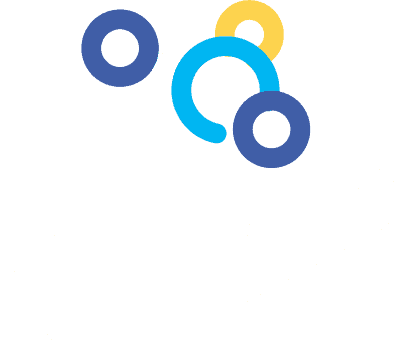 Looking for an Advanced Therapy Medicinal Product (ATMP) classification? BlueReg can guide you to submit a classification application to Health Authorities to determine if your product meets the requirements to be defined as an ATMP. 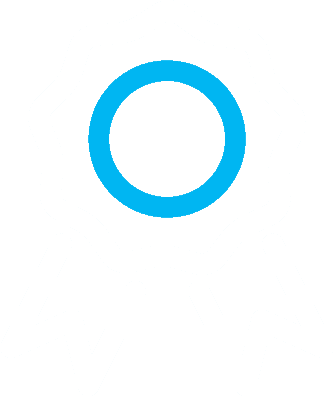 Looking to reach market earlier ? You can rely on the experience and expertise of our consultants at BlueReg for providing advice and efficient implementation of your Early Access Programs projects in France . 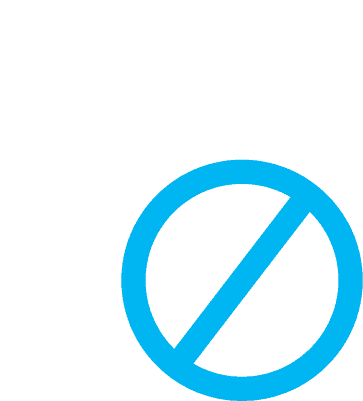 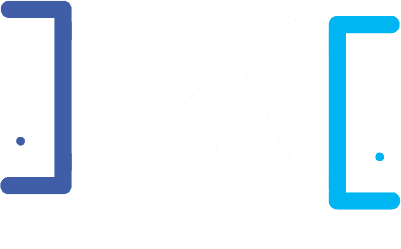 Looking to apply for ODD designations ? BlueReg can determine if your product is eligible for orphan drug designation and provide the necessary support for your EMA/FDA application. 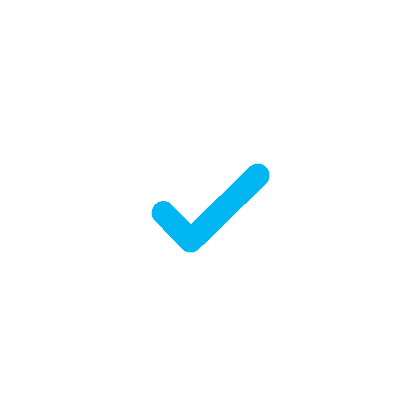 BlueReg can provide a complete PIP writing service as well as any PIP modifications through the lifecycle of the product within the EU or US. 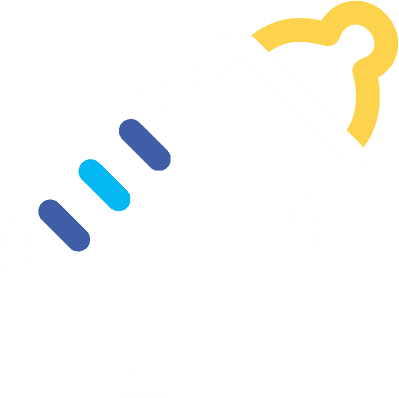 Looking for support with your EMA / HTA bodies Parallel Consultation?  BlueReg can provide a team of highly experienced consultants specialised in regulatory affairs, market access and scientific writing.  Our consultants can advise you on all steps of the procedure and author the required documents required for this important process. 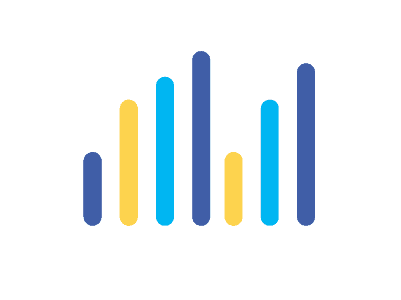 The regulatory affairs process is a critical component of the safe development, registration and...